“Women, I hear you. And I revere you.

As a woman, and especially as a female CEO, I cherish the dynamic women whose counsel and support have inspired me to persevere throughout my career. And I cherish our own Amy Yoder, who has partnered with me to tell their stories – stories of how women overcame formidable challenges to rise to the top of their respective fields. For this new Copytalk initiative, Amy will focus her incredible talents on interviewing these woman and writing their stories, which we will publish as an ongoing series. Why are we doing this? Because I’m confident that these amazing stories – extraordinary women all – have something of great value to offer you, as well.” 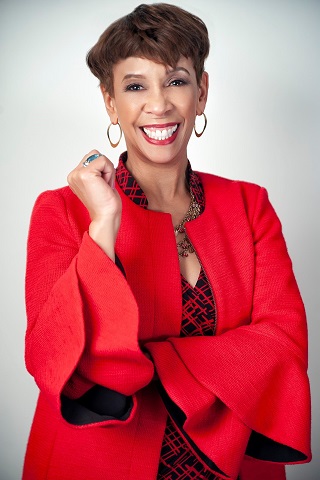 After 25 years as a financial advisor in the wire houseworld, René Nourse left Morgan Stanley in June of 2012, to launch Urban Wealth Management Group. Sensing that a shift was taking place in the financial services industry, her intention was to build a practice that focused on strategic financial planning alongside asset management services to better serve her clients. Also, recognizing that women face unique and complex financial challenges, she formed the Smart Women / Savvy Money Club in order to provide a supportive, secure environment where women are encouraged to learn, explore and feel confident about making financial decisions.

A frequent guest speaker and contributor about women and finance, she was one of twenty awardees for 2017’s Investment News Women to Watch, has been a recipient of the Five Star Wealth Manager Award since 2014 and recognized by the Los Angeles Business Journal’s as one of LA’s Most Influential Wealth Managers for 2018. In January 2019, she became the 10th President of the Association of African American Financial Advisors, known as QUAD-A. Founded in 2001 by the first African American to receive the CFP designation, the organization is dedicated to advancing and supporting African Americans in the financial planning and services industry. In addition, she has been a guest market commentator on CNBC’s Closing Bell Report since 2013.

Amy: Share how your career path positioned you to be where you are today.

René:
I think that it certainly helps for you to have a broad knowledge base. I have always been on the West Coast, and when I started in the financial services industry, the markets opened at 10 o’clock in the morning, which was 7 o’clock West Coast. I had to be in the office at least an hour prior to the market opening, so that helped really define what my schedule was going to be for the rest of the day and gave me time to read “The Wall Street Journal” every morning so I know what’s going on in the economy that day.

From there, time management is key with practice management on daily and weekly schedules. Mondays, for example, are my admin days, and that is true for all of our team. I’ve asked that Mondays be our day where we don’t make appointments with clients. We work on financial planning reports, update content, and communicate with clients. Most of the time, firms have Fridays as their days where you can be casual, where Mondays are our casual day.

Amy: What can you share with women just entering the business?

René:
I think one of the key elements is women, generally speaking, have issues with our levels of confidence, period.

The problem, I think, for a lot of women who are coming into the industry, it still is very male-dominated, and with a few exceptions, the way that men have run their business has been pretty much sales-oriented. And if you’re in an environment where you’re told, “This is the way you have to do it. This is the best way, the right way, the only way to do it,” that makes it difficult, especially when you don’t have any other means of comparing. You have got to work around and understand your level of confidence and know that what you have to share with clients or potential clients is so valuable and so important.

Amy: Who is one of your most influential mentors and why?

René: It was a gentleman who was my manager, and when I was at Dean Witter in the ‘80s as an African American, I did have some situations where people did not want to work with me because I was African American. They knew I was a woman when I talked to them on the phone, but there were a couple of times people came to the office, and they thought I was the assistant, and I told them, “No. I’m the financial advisor,” and they didn’t want to work with me. So the manager that I had was amazing. He was Jewish, 6’7”, and a person came in one day and said he didn’t want to work with me. My manager stood up over him and said, “Well, if you don’t work with her, then you’re not working with anybody here,” and so that person left.

Amy: Tell us about starting your business, Urban Wealth Management

René: I had a manager, who has been my mentor for 30-something years, and he was very integral in me maintaining and being in the industry. He promoted me when I was at Dean Witter, but eventually he went to another firm. Long story short, we ended up becoming partners and working together at Smith Barney, and we knew that the industry was shifting. We didn’t want to be in an environment that raised the bar on the amount of assets that you needed to have with a client before you could work with them.

We don’t have that requirement because we want to be in the conversations with you about, “What’s your goal? What’s your lifetime needs? What’s your family? How’s your health?” We ask stuff other than just about your financial life because what your needs are impact your finances, so we need to start there first.

My partner and I decided, “You know what? We need to look at leaving and becoming independent.” His son was also part of our team, and his son had been integral into my partner’s succession plan, but when his son had to leave the Los Angeles area, my partner said, “I’ve got to do something different. I can’t go independent now. I’m going back into management” And he left and went to another firm. And then I was left by myself.

Amy: If you had one wish for a “do-over” in your career, what would that be and why?

René: If I could have done it any differently, I would have had a lot more confidence in myself.

I actually got selected to do a national ad campaign for Dean Witter that ran for a couple of years, and that just kind of heightened my confidence level in myself. When I started, Dean Witter was the only firm that opened the door for me and said, “Come on in,” but it still took me probably a decade into my career to get there.

You might hear other people say, “Hang in there. You’re doing okay. What you are saying makes sense,” but it takes a while for you to get your confidence level, and so that would be one thing that I would say that for myself and for any woman that’s coming into the industry, you are critical.

When I first started, I did recognize early on the significance of working with women, and I did get a little pushback about that. But the confidence level, I think, would have made a big difference, and I would have been able to push the agenda earlier on and would have continued to augment the platform of reaching out to women.

You have to know in your heart that what you have to say and what you will do is key, and there are a lot of people who do want to work with you.