What do you get when you put an incredible and much needed concept together with two dynamic leaders? Read on and learn more about how Choir was born and how it’s changing the conversations and ACTIONS for inclusion and diversity! We’ve had the honor of sitting down with Sonya Dreizler and Liv Gagnon to share their journey. 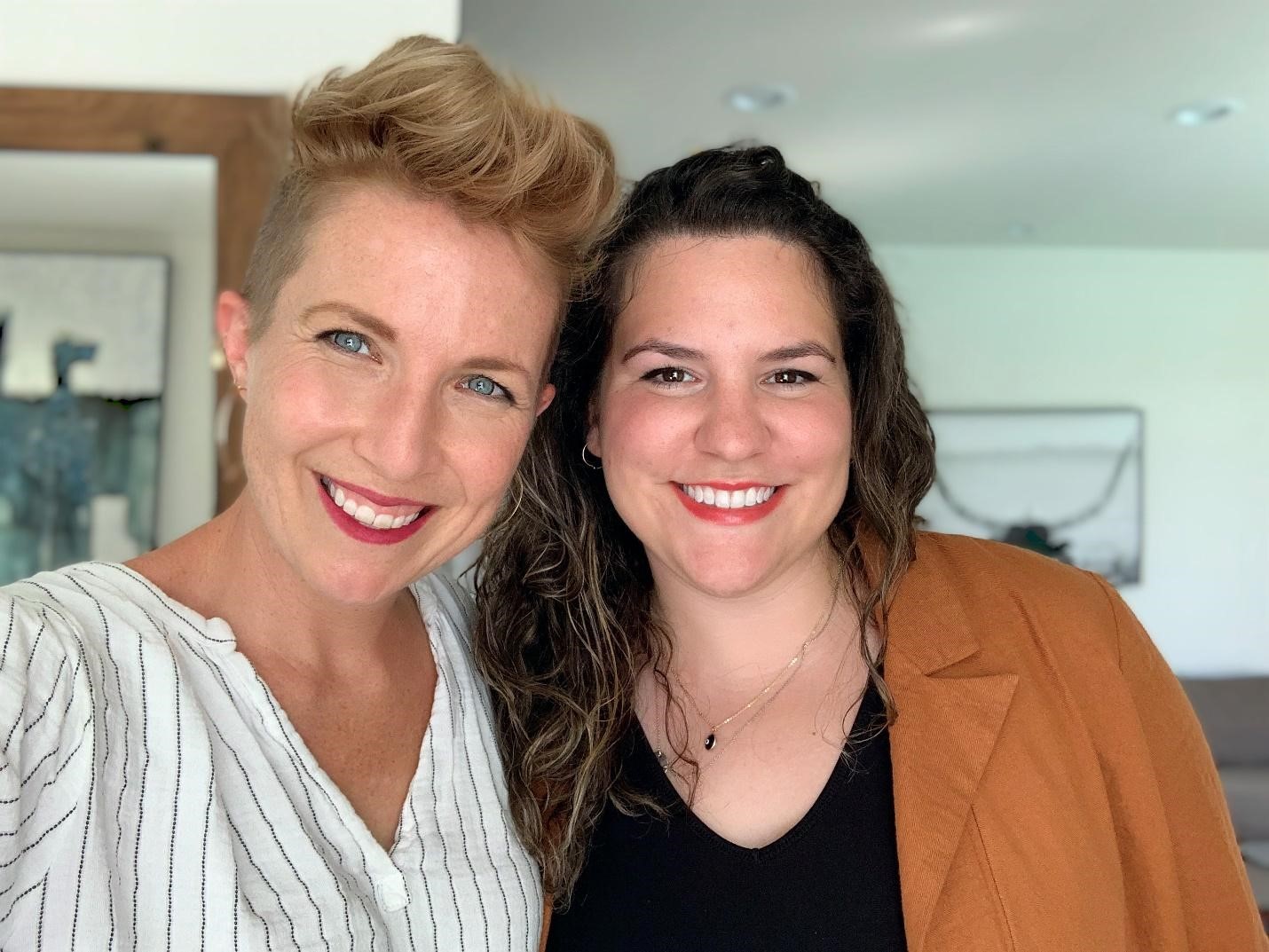 What is the Idea Behind Choir?

At Choir, our mission is to lift the voices of women, non-binary folks, people of color, and especially women of color, in industries historically represented by white men starting with finance. We do that through the two most public platforms for recognizing and amplifying expert voices: conference stages and the media.

Choir offers a diversity certification for financial conferences, which includes hands-on guidance and tools. We offer public guidelines for conferences working toward representation on stage, and a public pledge that conference attendees, speakers, and sponsors can take, committing to participate only in conferences that meet those guidelines. And, we’re very excited about what we’re launching in the spring: a platform that connects women, non-binary people, and people of color financial experts with speaking and media opportunities.

How did your backgrounds lead you to start Choir?

Liv: I’ve worked in financial PR and media relations for the past 10 years. In 2018, I opened my own consulting firm focused on helping social-driven financial services companies with their brand positioning and messaging. Most notably in 2020, I saw a major disconnect between media companies and organizations releasing PR statements vowing to support and lift the voices of women and people of color—yet, the folks on the covers of stories and on conference stages continued to look the same.

So I had an idea to create a platform that could connect journalists with sources that were specifically women or people of color. I came to Sonya with this idea, and she immediately saw the use-case for conferences as well. We went into business together.

Sonya: I’ve worked in the financial industry for about 20 years. The first portion of my career was in the independent BD and RIA space, including as the CEO of a hybrid BD/RIA. Following that I began consulting, speaking, and writing, including about how race and gender intersect with finance. When Liv told me her idea about connecting journalists and sources, I loved it. I get a lot of calls from journalists asking for introductions, so I know the demand for this kind of product is there.

I also see that same thing within the world of conferences, where organizers ask, “Hey, can you connect me with a person of color or a woman who speaks about XYZ?” So Liv and I decided to approach both areas.

Tell Us About the Philosophy of the Choir Certification and Pledge.

Sonya: In building the connecting platform, and interviewing conference professionals and speakers, we realized we were building an important solution to one challenge—homogenous networks—without addressing the other main challenge—a lack of industry standards around diversity and representation on stage. So we decided we should solve for both challenges, and that the standards challenge had to come first, because if you’re not measuring diversity efforts, they can tend to fall apart under time constraints. That’s why we built both the Choir Certification, and the Choir Pledge.

Liv: Regarding the Pledge, we know there are a lot of white men in the industry who want to use their platform to do something, so we created the pledge so that speakers, sponsors, and attendees can publicly show their commitment and their allyship. It gives them measurable parameters to find out if a conference demonstrates a baseline commitment to representation, which is just a starting point.

Pledge signers commit to only attend, speak at, or sponsor conferences that meet these benchmarks (and hopefully exceed them). The response from the industry and the overwhelming flood of signatories we’ve already received have reaffirmed how important it is to have measurable criteria that the industry can use. And beyond that, it has also started this wave of conversations internally at companies all across the industry, and publicly on social media, about what companies are doing to address representation on stage.

How Will This Certification Bring About Change?

Liv: Before Choir, our industry had never actually defined what it means to be “representative” or “diverse.” Having an objective benchmark is crucial to helping conferences improve and expand their networks with intention. To be clear, we don’t want to just work with conferences that are already doing well—in fact, the tools, guidance, and support we provide can make the most impact with conferences that have a long way to go and are committed to change. This is an objective certification process where we show the conference exactly where they did well and where there is opportunity for growth. Since these events usually happen every single year, we use the data to create actionable takeaways to improve at the next conference. This means there’s unlimited opportunity to improve if the conferences are equipped with the right data, network, and tools.

Sonya: Our thesis is that who we listen to matters, and listening to women and people of color drives innovation, broadens perspectives, and expands our industry’s ability to reach more people. Shifting who our industry listens to is a step in the direction of a more equal distribution of power because seeing women and people of color on stage expands who we view as experts and as authority figures. It can change who gets to set the direction in a company and in our industry.

Sonya is an author and speaker, and an outspoken advocate for racial and gender equity in financial services. She has a 20-year history in the field, including as a Broker Dealer & RIA executive.

Liv is a media relations specialist, public relations consultant, and branding expert who has helped dozens of companies launch into the public eye with a focus on social values.